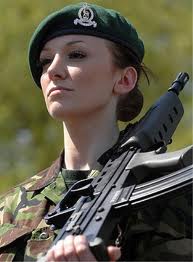 Women in Britain are entitled to equal respect and status as men (and indeed vice versa) in all areas of life and tend to have more independence and responsibility than in some other cultures. For example in the first photo, a lot of girls/women want to be in the army ~ yes, they have been since World War I & II but were doing more 'helpful' work during those times, such as in factories or offices. Nowadays, there are more out on the 'front-line'.

There is still very much the old fashioned "Ladies First" way of thinking, though. Even when having a meal, the man should wait for the lady to take first-bite before he starts to eat: 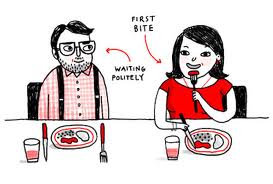 Women are usually independent and accustomed to entering public places unaccompanied. It is usual for women to go out and about on their own as well as with friends. Men and women mix freely, but keeping a 'lady-like' appearance and manner is preferable: 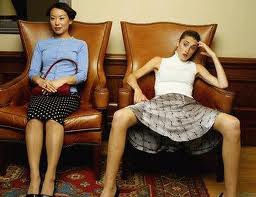 Polite and gentle and lady-like goes a long way ~

Other things you should keep in mind are:

I'm looking forward to next week’s theme, I hope you are, too ...