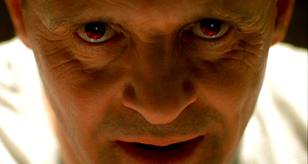 Born in Wales on December 31, 1937, Anthony Hopkins ~ now Sir Anthony Hopkins ~ met Richard Burton at a young age, and the course of his life dramatically changed. Encouraged and inspired by Burton, he enrolled at the Royal Welsh College of Music and Drama when he was only 15 years old.

After graduation in 1957, he spent two years in the British Army before moving to London to begin training at the Royal Academy of Dramatic Art. After training and working for several years, he became a kind of protégé of the legendary actor Sir Laurence Olivier.

Billed as Olivier's heir to the British acting throne, he had the momentum to make the leap from stage to film, which was his primary ambition. He started on the small-screen in 1967 with a BBC production of ‘A Flea in Her Ear’. Soon after he was cast in 'The Lion in Winter' as Richard I, sharing the screen with established stars Peter O'Toole and Katherine Hepburn.

Throughout the 1980s, Hopkins continued to impress the critics with his work in film and TV, winning multiple Emmy Awards and a BAFTA Award.

In 1989, he returned to the stage for a production of the musical drama ‘M. Butterfly’. But it was in 1991, now well into his fifties, he finally shot to superstardom. His unforgettable, 17-minute performance as the infamous psychopath Hannibal Lector in “The Silence of the Lambs” frightened and wowed fans and critics alike.

At the time he took the role, he said that he had been considering giving up on films and retiring to London for a career on the stage. The fortuitous (by chance) role resulted in not only an Oscar but a distinguished place in the popular consciousness as perhaps the number one on-screen villain of all time!

In 1993, he was knighted by the British Empire. In April 2000, he became a naturalised citizen of the United States and, in 2002, he married his third wife, Colombian-born Stella Arroyave. In 2006, he was awarded the Golden Globes' “Cecil B. DeMille Award” for his lifetime achievement.

The acclaimed actor has continued to work in major motion pictures in recent years, appearing in such films as ‘Proof’, ‘Beowulf ‘ and ‘Thor’. More recently, he was cast as famed horror movie director Alfred Hitchcock in the 2012 film ‘Hitchcock’. He earned raves for his starring role in this film, which includes Helen Mirren as Hitchcock's wife, Alma Reville ~> a great film to see about the making of Hitchock's horror classic ‘Psycho’.